The Brilliance of Hermann Zapf 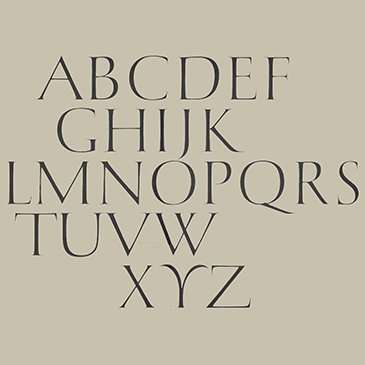 By Maryanne Grebenstein — Hermann Zapf (1918-2015), born in Nuremberg, Germany, was one of the greatest calligraphers and type designers who ever lived. He began lettering at age 18 and spent many years studying historic letterforms. With the advent of computers, Hermann Zapf contributed immeasurably to the development of typography using the artful aesthetics derived from the beauty and forms of calligraphy. During his career he developed over 200 typefaces, including such legendary typefaces as Optima and Palatino. Zapf remained a calligrapher and teacher for the rest of his life, and the worldwide calligraphic community mourned the loss when he passed away last year. Back in the 1960s, he was filmed by Hallmark Cards lettering on a chalkboard. Take a look at this video, https://www.youtube.com/watch?v=3jD4CpzIuR4, which captures Hermann getting more form and elegance out of a piece of chalk than most of us can hope to get out of a pen! The film, The Art of Hermann Zapf, is somewhat antiquated in many ways, but is worth watching. The interviewer gives a brief description of the evolution of some of the lettering styles, which today we can view through historic manuscripts created in medieval and Renaissance times. Zapf’s demonstration of lettering the numeral four is a great example of pen angle and how it changes the way the strokes, and hence, the letters, look. About three-quarters of the way through the film, you’ll see Hermann creating beautiful letters with a ballpoint pen – thicks and thins and all! Hermann based his extraordinary career as an artist, calligrapher, and typographer on the principles of balance and precision in letterforms, which reflect the history of artistic achievement in our society as surely as art and architecture. This image of his exquisite pen-made Roman capitals says it all! 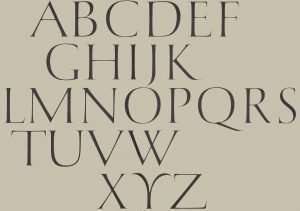 ← Prev: Can Captain Jack Sparrow Make You a Better Calligrapher? Next: Summer Days on Nantucket →