I was asked recently by a local church to create a piece for their retiring organist. This organist is quite accomplished and had actually composed new music for a refrain frequently sung during Sunday services. Their idea was to have the lyrics and music of his piece written out by hand. The church is called Saint Michael’s so they wanted to incorporate an image of Saint Michael that they had used on previous pieces. Being neither a musician nor a reader of musical notes, I was a little nervous about creating a piece I couldn’t “proofread,” but with the help of church members who could read the musical notes, we landed on a final that seemed to fill the bill. Starting with a ruling pen to rule in the staff lines, I began creating the rather large piece (the finished size is 25” wide x 14” high). 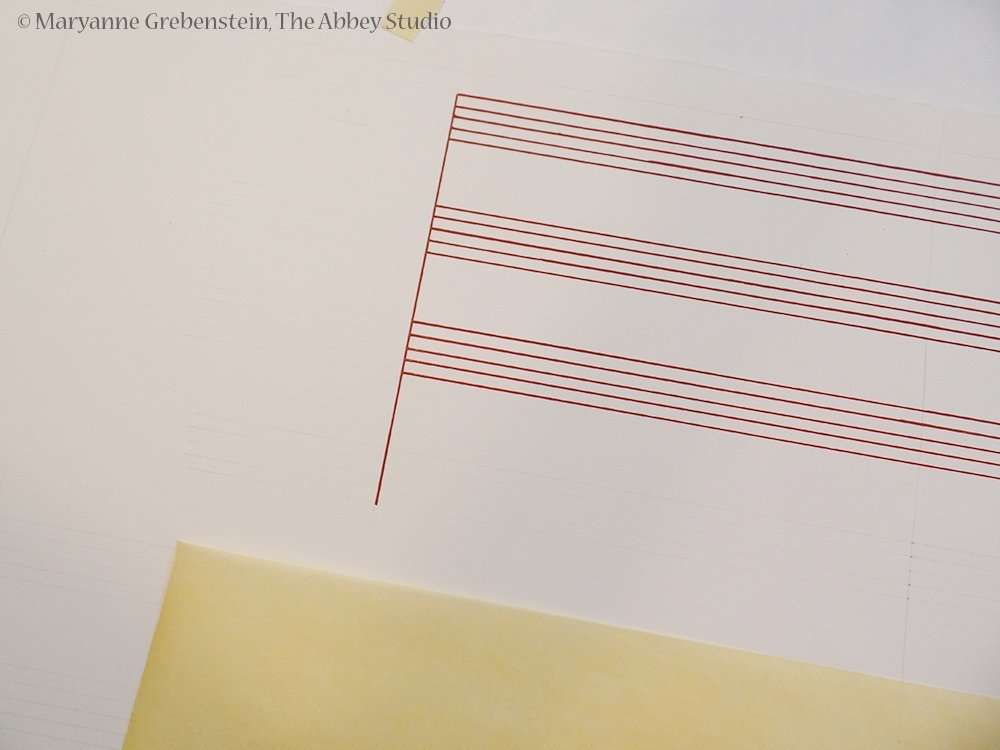 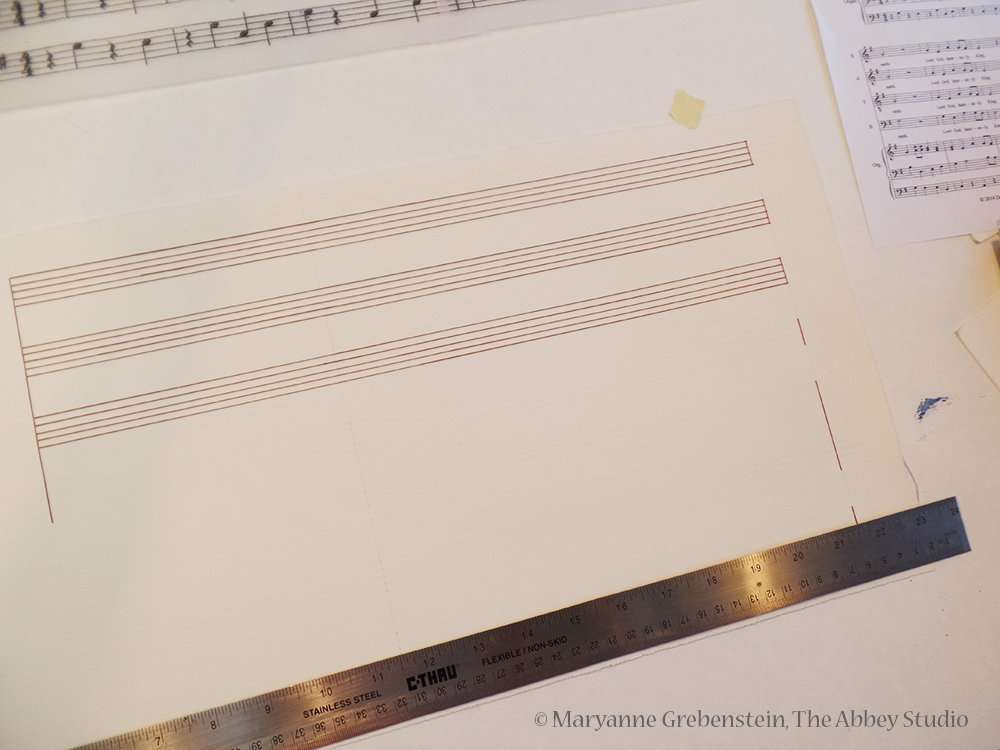 I then penciled in the musical notes, the lyrics and a sketch of Saint Michael. This allowed me to proofread and invite a musically literate church member to check my work before inking anything in and making it permanent. 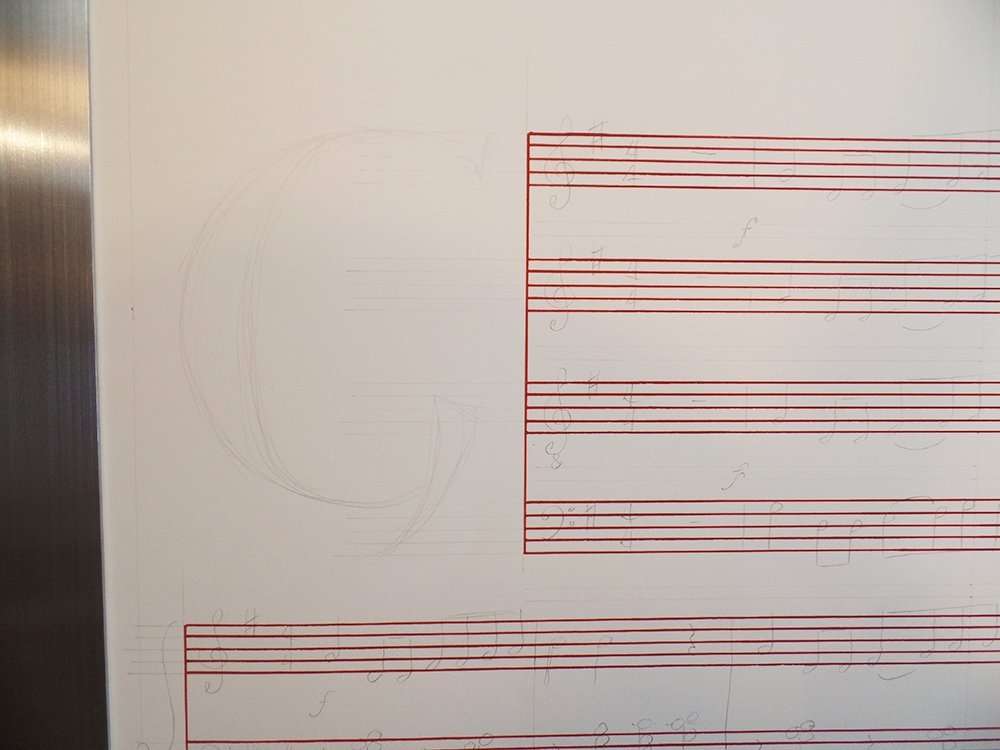 Using Higgins Eternal ink, I inked in all the musical notes, and then the lyrics. 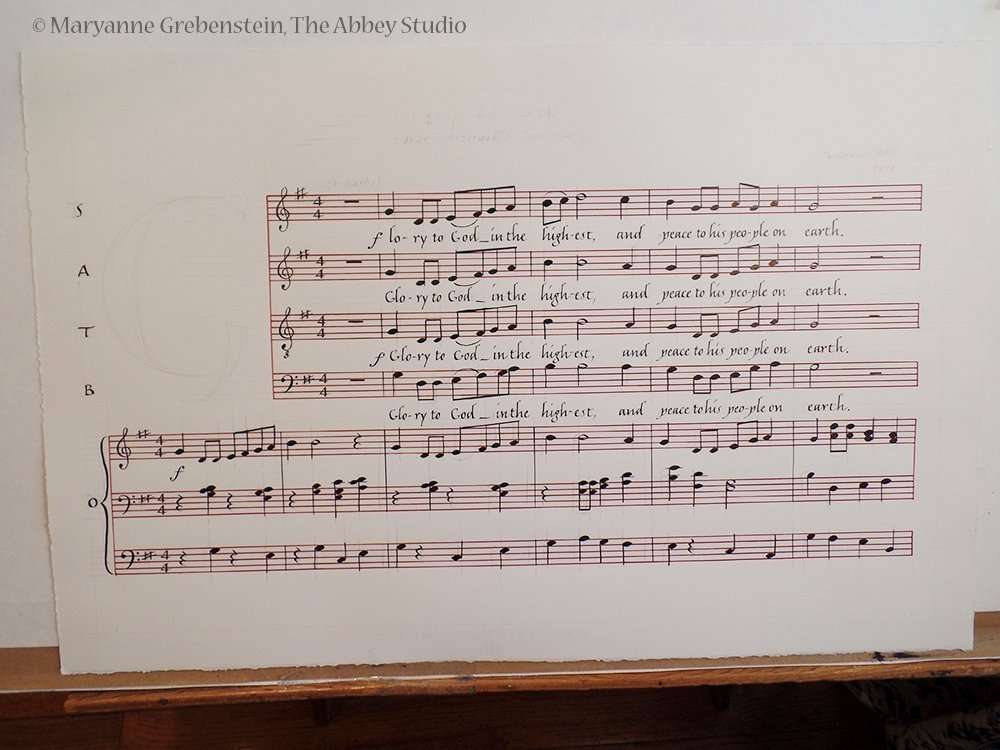 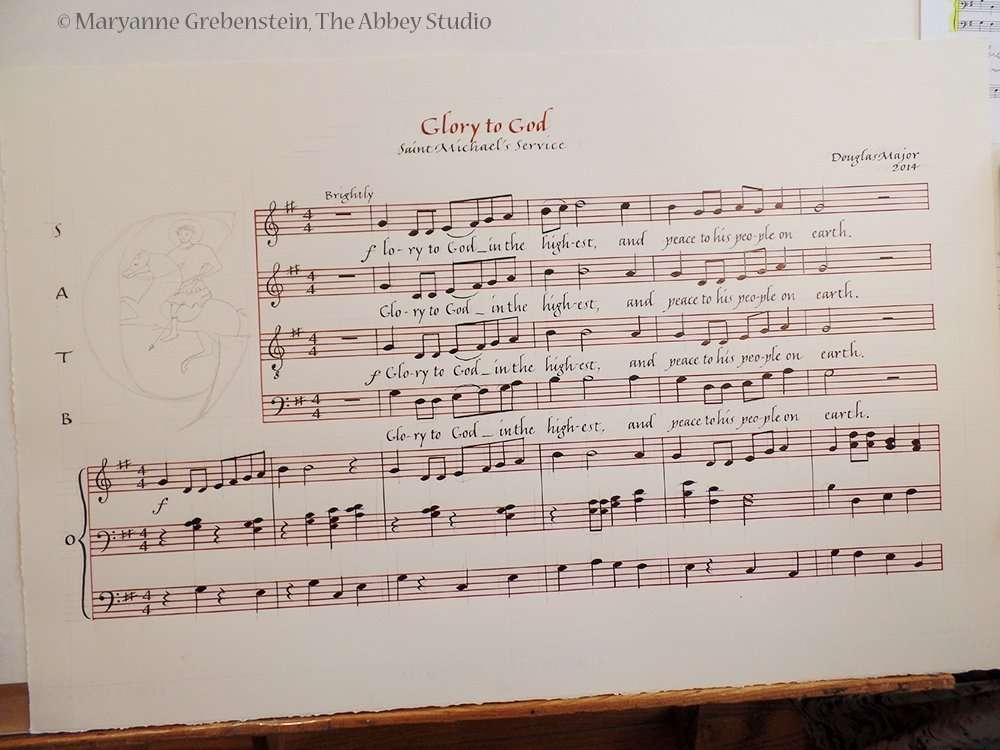 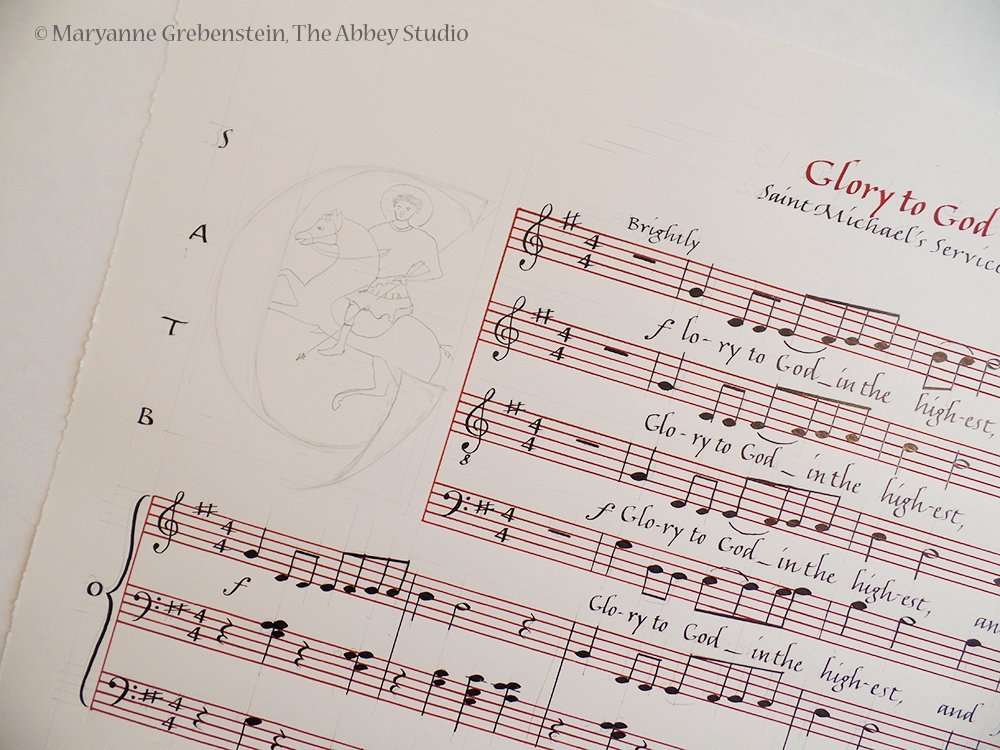 As is my habit when working on a piece such as this, once the text is in I cover the bulk of the work with yellow tracing or some other inexpensive paper, leaving exposed only the area where my illumination will go. (“Illumination” is the process of applying metal, particularly gold, such as gold pigment or gold leaf, to an artwork’s surface.) This protects what I’ve already completed as I paint the illumination. 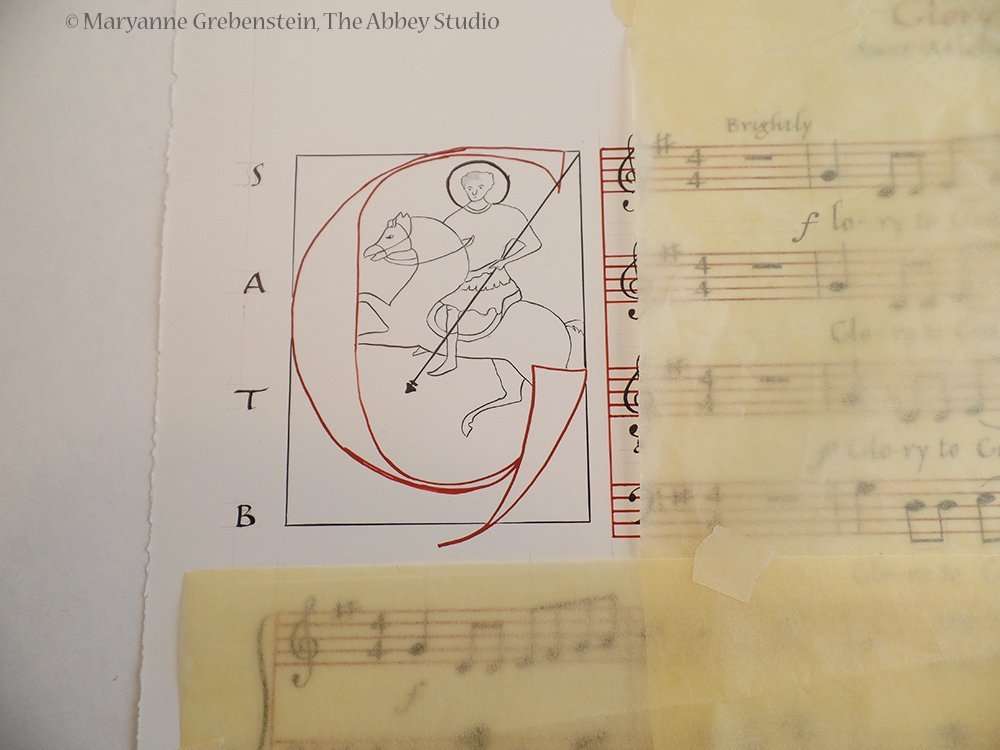 The gold always goes on before the color. 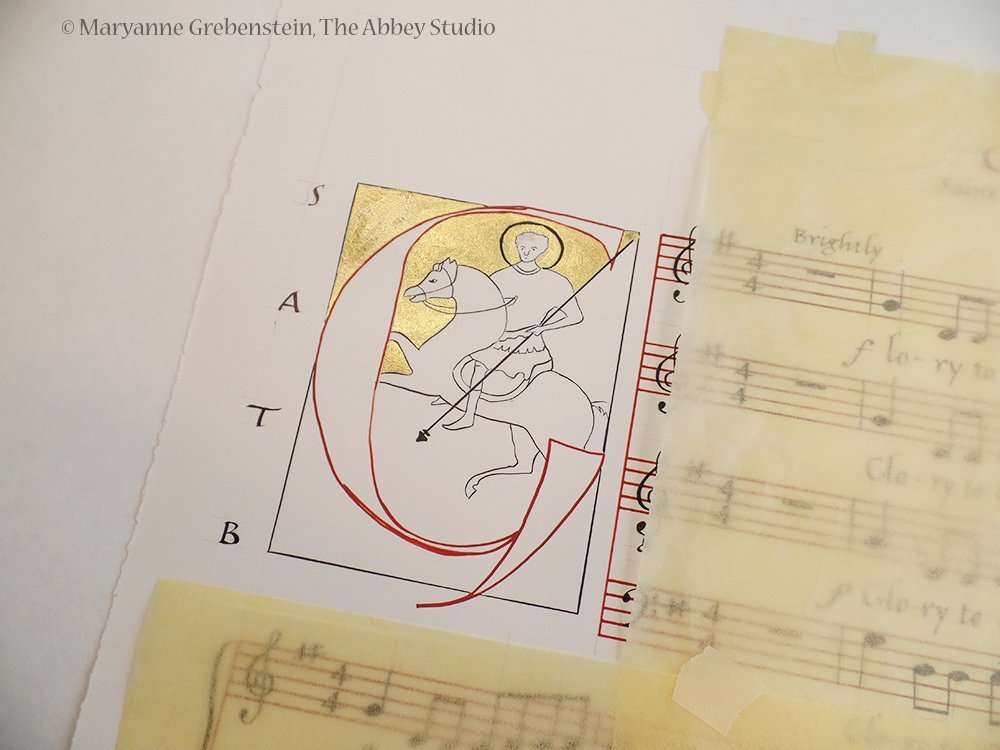 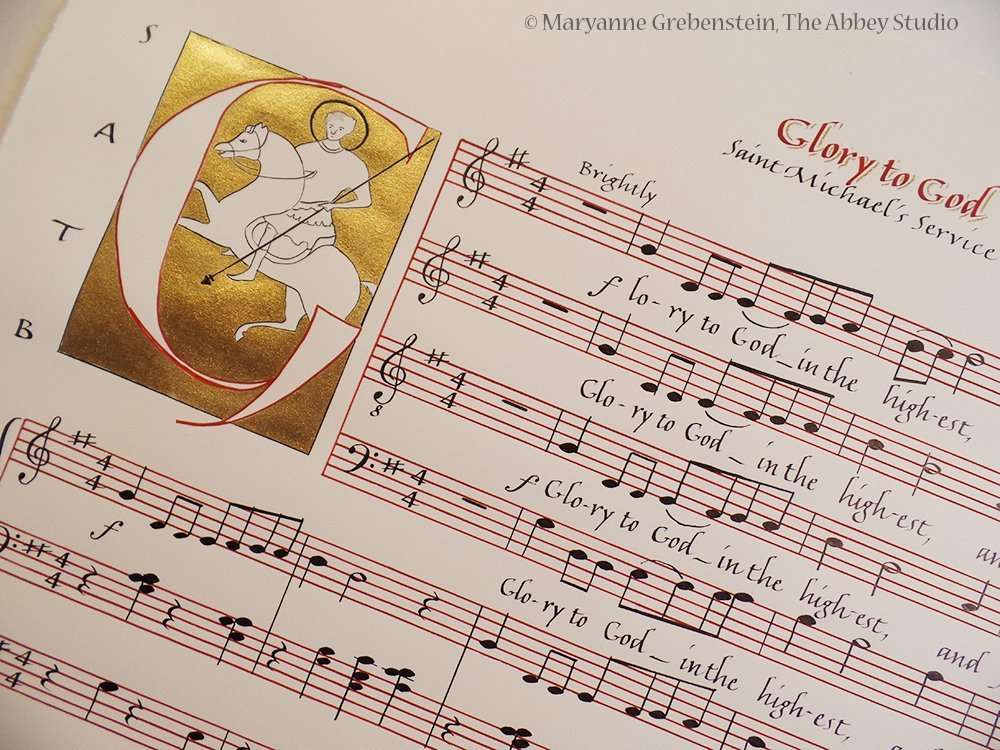 A detail shot of the finished illumination of Saint Michael. 10 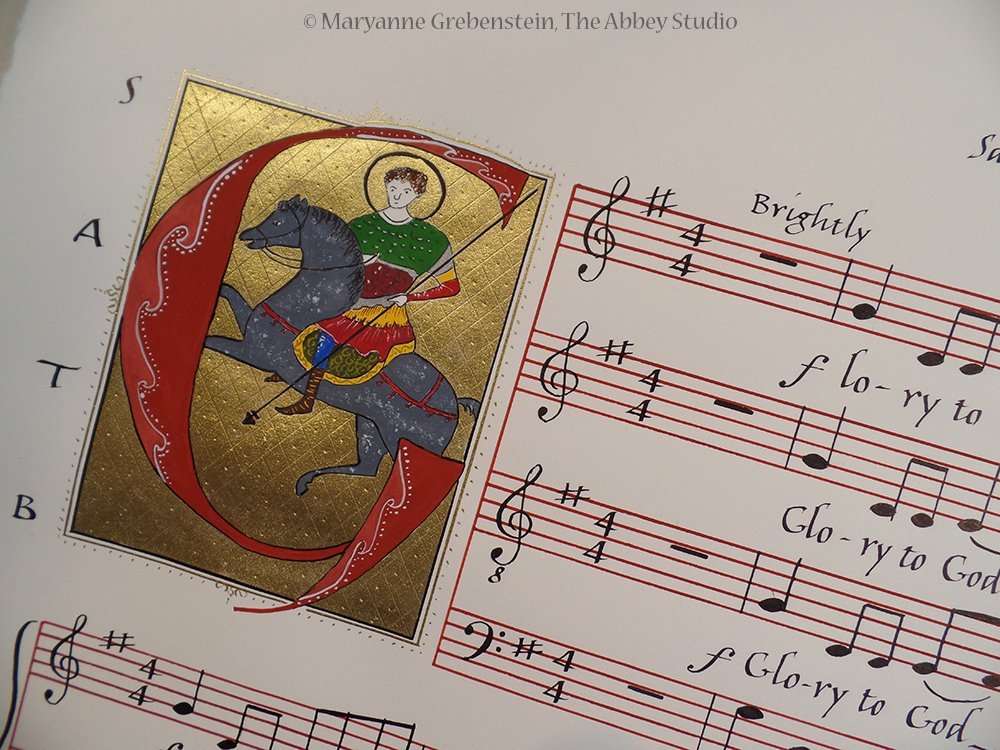 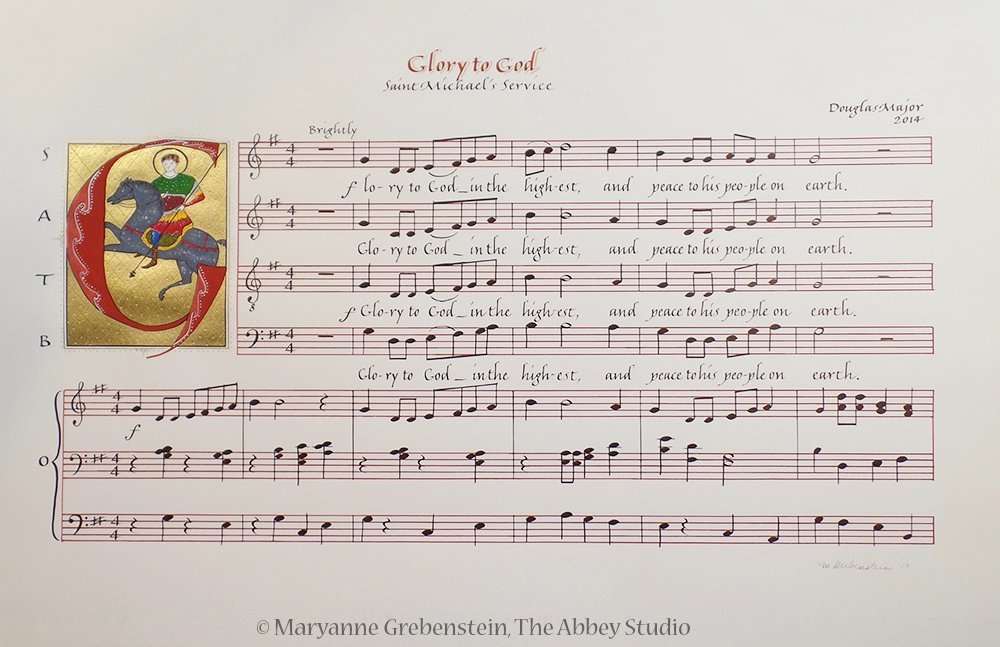 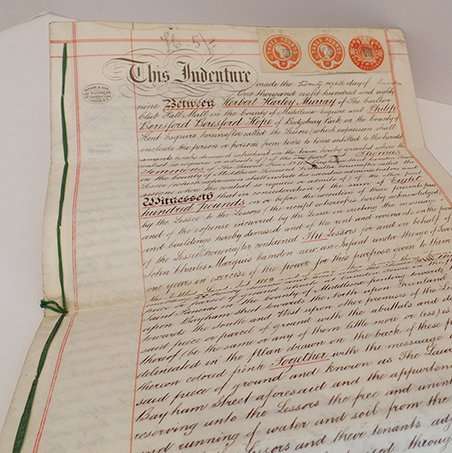 By Maryanne Grebenstein – I took a group to London and Cambridge this past February/March to view manuscripts and...